This is a great week to revisit some games you may have already played. Mortal Kombat 11 is getting an action-packed epilogue with the Aftermath expansion, and Xenoblade Chronicles: Definitive Edition has new story content on Nintendo Switch as well. That’s not the only game making a comeback on Switch, either. 2K is launching a trio of big game bundles: BioShock: The Collection, the Borderlands Legendary Collection, and the XCOM 2 Collection. The adventure continues in Minecraft Dungeons and Shantae and the Seven Sirens too. Mortal Kombat 11: Aftermath — May 26 Available on: PS4, Xbox One, PC, Switch Aftermath picks up right where the story left off, with Liu Kang setting out to create a new timeline. A new timeline is a great place to introduce new characters, and MK 11 is adding Fujin, Sheeva, and even Robocop, voiced by original actor Peter Weller. If you don’t want to spend money on the new story and characters, good news: May 26 is also when a free update drops for all players. This adds new stages and brings back Friendships.Continue Reading at GameSpot
http://dlvr.it/RXHm4p

Microsoft has been drip-feeding information about its next-gen console, Xbox Series X, ever since it was first revealed at The Game Awards 2019–we’ve heard details about how Xbox Series X will handle backwards compatibility, for example, as well as what the console’s specs will be. Looking a lot like a PC tower, the Xbox Series X is a console powerhouse able to pull off variable-rate shading and ray-tracing, a quick resume function, and a brand-new “smart delivery” feature. Its controller is similar in design to the one for Xbox One, though it’s fairly different from PlayStation 5’s DualSense. Most recently, we may have gotten a tease of the Xbox Series X boot screen and sound, as part of Microsoft’s announcement for a first-look Xbox Series X gameplay event taking place on May 7. We also got confirmation that the console will make use of the same Unreal 5 technology possible on PS5, meaning there should be little issue for the same games to run on both.

Below, we compile everything there is to know about Xbox Series X–from its announcement as Project Scarlett to today. So if you’re looking for a more comprehensive overview, including information on storage and playing your current Xbox One games, keep reading. We’ll update this article as more details are shared; critical details like an exact release date, price, and whether there will be more than one model of the system in 2020 are among the many topics we’re still waiting for Microsoft to nail down.

Once known as Project Scarlett, the official name for Microsoft’s next-gen console is Xbox Series X. Spencer explains that the name allows a certain flexibility when it comes to additional model names in the future, lending credence to the rumors that Microsoft actually has two next-gen consoles in development–Xbox Series X and a cheaper, possibly all-digital version codenamed Project Lockhart.

Some of the best Call of Duty: Warzone players in the world are participating in a new competition for their chance at $10,000. The CDL Warzone Weekend event features 48 players from 12 Call of Duty League teams, and it makes use of a special private lobby system created just for the competition. The event will make use of quads format, so players will need to be working together in order to come out on top for that $10,000 prize. Alongside the event, a new rewards system is entering beta, giving double XP tokens, emblems, sprays, and animated calling cards. It begins at noon PT / 3 PM ET today. You don’t need to play the game to earn these rewards. Instead, you’ll earn them just through watching live watches on the Call of Duty League website or Call of Duty companion app. Your platform account will also need to be linked to the Activision account you’re using to watch.Continue Reading at GameSpot
http://dlvr.it/RXGyd3

Last week Rainbow Six Siege developer Ubisoft filed a lawsuit against Google and Apple because of Area F2, a mobile free-to-play shooter developed by Alibaba and Ejoy. Area F2 has been taken down permanently, with refunds being issues to players who purchased items via microtransactions. The notice of termination, shared by industry analyst Daniel Ahmad, stated that Area F2 would be taken offline yesterday, May 20. Although the notice makes no mention of Ubisoft and their lawsuit, the timing suggests Alibaba and Ejoy decided against trying to defend their product in court. Players who made purchases during the game’s beta period can apply for refunds, either through the Apple App Store, Google Play Store, or third-party retailer. Ubisoft pointed towards Area F2’s user-interface and end match score screen as particularly egregious examples of the game’s copyright infringement. The French publisher also noted that it had pre-emptively warned Apple and Google of the game before it filed its lawsuit, but that neither took the game down in response.Continue Reading at GameSpot
http://dlvr.it/RXFkjR

The latest patch for Call of Duty: Modern Warfare and the battle royale game Warzone is out now. The May 18 update introduces brand new maps for Modern Warfare, a new battle royale mode and the addition of an Armor Box item in Warzone, balance adjustments across both games, and a few other changes. The update is available now so if you own Call of Duty: Modern Warfare and/or Warzone on PS4, Xbox One, and PC, you should be able to download it the next time you load up the game, but be aware–it’s a fairly large download size, weighing in at a massive 30.86 GB on Xbox One. Expect a similar size on PS4 and PC as well. However, if you only have Warzone installed, it should be smaller. Infinity Ward has posted the full patch notes for the update, which you can see below. For more Call of Duty, check out the latest news detailing the next Call of Duty game, reportedly titled Black Ops: Cold War.

The weekly reset on May 12 brought something new to Destiny 2: a quest called The Lie. It started with a big community event that requires players to band together and complete Seraph Tower events all over the solar system, and ends with a bunch of new Rasputin lore and a powerful new shotgun: Felwinter’s Lie. The community-wide step is complete, allowing players to progress the rest of the quest on their own. Unfortunately, the quest was slowed pretty significantly, thanks to a bug that messed up The Lie’s final step, a mission called “The Tyrant.” A new patch has fixed that step, so everyone can now complete it. Here’s how to get Felwinter’s Lie in your collection as quickly and painlessly as possible. The Lie Quest Steps Warmind Evaluation The first portion of the quest requires you to visit Ana Bray, who says that the warmind Rasputin has information it wants to share with you–but not before the situation with the Almighty, the threat that has loomed over the entire Season of the Worthy, has been satisfactorily dealt with. To get it handled, you and the rest of the Destiny 2 community needed to head to the EDZ, Io, and the Moon, and complete Seraph Tower activities. The good news is, that part is done.Continue Reading at GameSpot
http://dlvr.it/RXFFGF 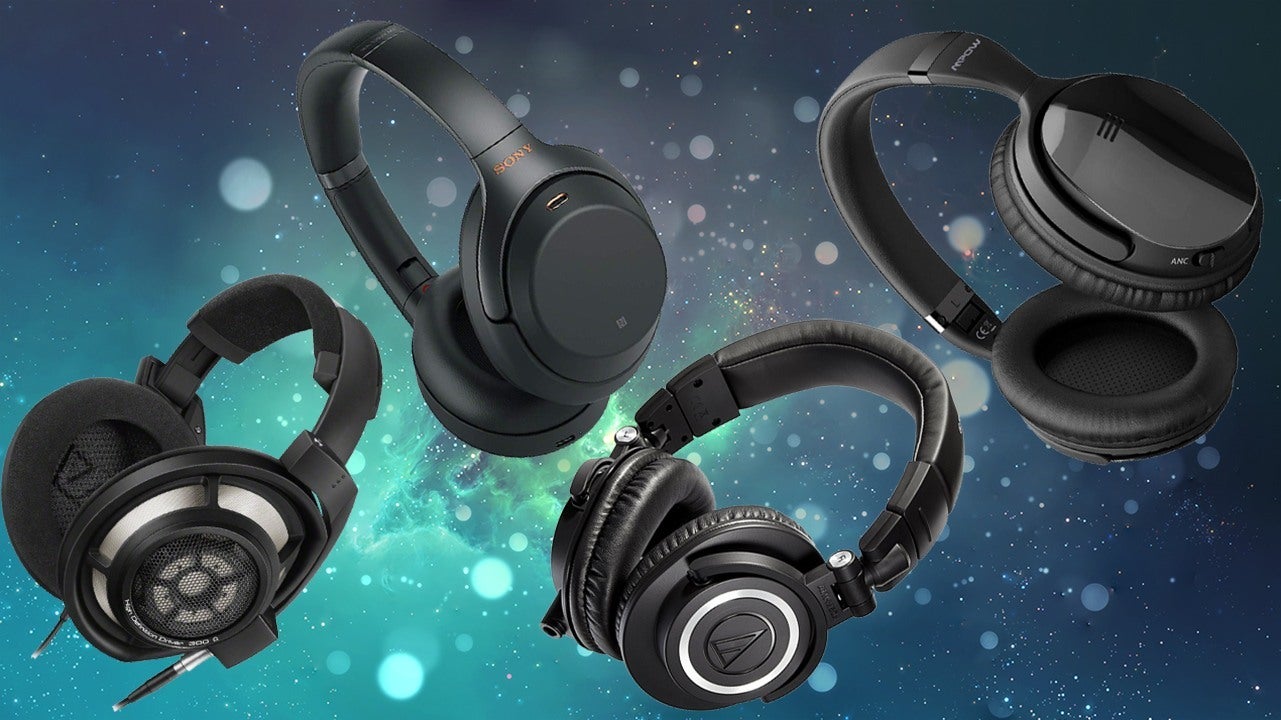 The best over ear headphones are those who really love listening to music, movies, games and all audio at the greatest detail.
http://dlvr.it/RXCd0r